School Innovations & Achievement: Goals Can be Lofty but Problems Should be Solved at Lowest Possible Levels

I think business owners sometimes think that if you have a codified corporate culture—in which employees know what’s expected of them and why they’re at the company—you can’t also have a spontaneous, creative environment in which problem solving and innovation are cherished and encouraged,” says Jeff Williams, President and CEO of School Innovations & Achievement (SI&A).

“To which I say: Bull,” he continues. “A company that expects to be around, and continuing to invent and re-invent, needs across the- board buy-in from everyone who works there. People need to feel valued, no matter what level they’re working at or what task they’re working on.”

“How hard is that to figure out?”

Williams founded SI&A in 2003. Originally a back-office facilitator for California school districts and county offices of education— with the majority of them becoming clients—in recent years the company has become one of the leading creators of education software and service solutions. Its suite of products includes the industry leading Attention2Attendance® (A2A), an automated letter-generating invention system that promotes communication between school principals, parents, and students who may be slipping into chronic absenteeism. A2A has been used to help well over two million students and is now being used in school districts throughout California, Illinois, New Mexico, Oregon and Texas.

I believe very much in a company having core values and an authentic mission statement. Those things never really should change, even if, as we did at SI&A, the company’s focus changes

“I believe very much in a company having core values and an authentic mission statement,” Williams says. “Those things never really should change, even if, as we did at SI&A, the company’s focus changes. Values, like character, are what you’re supposed to have even when nobody’s looking. Put another way, you can change your name and hairstyle all you want but you’re still going to be the same person. I think a good, solidly managed business is, like a person, a living entity. It can gain or lose weight, it can learn new things and forget things that no longer matter; but at its foundation, it needs to be true to itself. Your employees will be the first to tell you—or to move on—if your business stops being ‘itself.’”

Williams credits his longtime COO, Susan Cook, who has a deep corporate background in operations, organizational effectiveness and leadership, with helping SI&A develop its “basics”.

“Cook says that most companies adopt Operating Principles, Core Values & Beliefs (CV&Bs), Mission Statements, and Wildly Important Goals (WIGS) because that’s what they’re supposed to do. As she says, ‘They take pretty words, put them in their employee handbook or on a wall somewhere and forget them.’”

“Well, that won’t work,” Williams continues. “If you write something down, you’d better mean it. And if you know you don’t really mean it, don’t bother to write it down. You’ll just be wasting time—and probably demonstrating to your employees that management isn’t truthful, that they’re oblivious or
even delusional about their work climate and what really goes on.” Smart leaders, on the other hand, “actually give these words and how they’re used a great deal of thought,” Cook says. “The reason for this isn’t just a ‘company climate’ issue—it’s also an economic one.”

Williams believes that by having decisions made at the lowest possible level in an organization, a company can grow without additional staffing.

“As the lower levels make decisions and do work that previously was done at a higher level, the higher levels in the organization are free to create, innovate and think,” he says. “Your lower levels will have better, more interesting and challenging work, thanks to your empowering them to make decisions, and your higher levels can develop new products, services, processes, and even find ways to expand the customer base.”

He is quick to point out, however, that it’s futile to empower employees at lower levels if you don’t do it within “a very specific framework. If employees understand the company’s mission, purpose, and values, how you do business and what’s ‘wildly important,’ they probably won’t be wrong when they make a decision. Now, they might not make the same decision you would, but as long as their decision is consistent with what you and the company hold dear, things ought to be okay.”

Williams says that the other advantage to having decisions made at lower levels is that “you’ll actually have decisions being made by the people who have the best understanding of your clients and their needs. They may surprise you—and eventually, their decisions will be better and much more ingenious than those made previously by management.”

“Continuous improvement becomes a fact of life when employees are empowered. Once they understand the company framework, start making decisions and managers start listening, you’ll be moving toward high performance teams. The teams will set the goals, the processes and the standards. You’ll have improved your talent pool, made the business more efficient, given employees a sense of genuine satisfaction and provided managers with the opportunity to do new and innovative work—with and through their team and with other parts of the organization.”

About those mission statements and core values: Williams believes, “They should be just that your mission. Keep it direct and simple. You’ll have other opportunities to add your standards, values, goals, and so forth. For example, if I were the superintendent of a school district my mission would be something like: To educate all of our students so they are prepared for life, college or their chosen career. That would be it.”

As for core values and operating principles, “It’s best to ask yourself or your management team, ‘What do we actually feel strongly about? Where do we draw the line? Who are we in good times and particularly, who are we in bad times?’

“In a nutshell,” he says, “ask those questions as you think about how they relate to your customers or clients, your employees, standards, priorities, communication, the accepted way to behave, the way you view or do your work and how you treat one another.” Companies get valued every so often, he adds, “but people need to be valued every day.”

Demonstrating the Absolute Importance of Showing Up

Over the past few years, A2A—the software-and service solution that stresses the importance of students “showing up” for school as being the essential first rung on the climb to a successful life—has itself been showing up in states other than its birthplace. Created by California Sierra foothills based 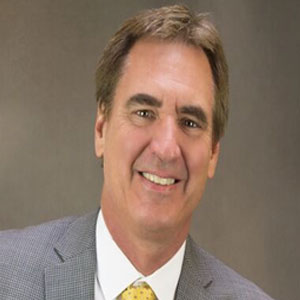 Jeff Williams, President & CEO SI&A, A2A is now being successfully deployed in notonly the Golden State but also in school districts throughout Illinois, New Mexico, Oregon and Texas. The product and its accompanying service package—which has been used to reach well over two million students of various cultures, ethnicity and economic strata—decreases school absenteeism an average of 25 percent. The most staggering statistic: A2A works 100 percent of the time.

“You could call this a ‘stepped’ intervention solution,” says Jeff Williams, President and CEO of School Innovations & Achievement. “What’s been especially gratifying is that once we begin sending out the letters, 54 percent of all the A2A students never required a second intervention.”

He adds that a bonus for the students, schools and parents is that A2A “actually enhances the school culture by making it more meaningful and encompassing, while greatly reducing the administrative burden of creating, executing and managing the program.”

Williams says that school district leaders have so willingly embraced A2A because “they recognize that achievement begins with attendance, and that we have an immediate solution to the attendance/learning crisis they have on their hands.” He says that district leaders know the problem is too big to be solved without personal involvement—their own and that of the parents.

“Like any good executives, district leaders want a comparative analysis of data—how they’re doing in comparison to similar districts, why one district may be doing better than theirs, and how to achieve performance parity,” Williams says. “We’re the only source for that information.”

Williams says that for his company, A2A has become not only a leader in its suite of products, but also “a personal mission for many of our employees, who have young children.” Chronic absenteeism in the early years of learning, he says, is associated with lower academic performance, especially in reading and Math. “Across the country, one in every 10 kindergartners and 1st graders is chronically absent, which means they miss more than 10 percent of the school year. That’s 18 days — or just a couple of days a month, which is why it can sometimes go unnoticed.”

Williams says his company is hardly sitting on its laurels as A2A expands its market and sphere of influence. “We’re about to introduce an ‘app’ for mobile devices that will allow A2A group conferencing,” he says. “We think if parents, principals and kids can all be linked together for an intervention, it can go a long way toward creating the right kind of peer pressure—the idea of winning popularity and respect not for skipping class but instead, for showing up and wanting to succeed.” 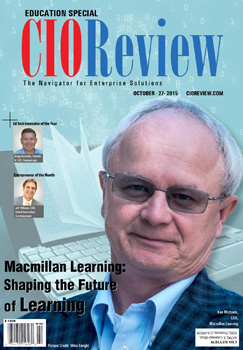