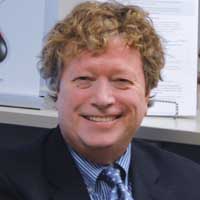 Jeff Maynard, CEO & Founder
“Unlike traditional schools, online education doesn’t require a physical presence of the students. This has led to identity fraud allowing academic dishonesty and multi-billion dollar financial aid fraud,” says Jeff Maynard, CEO, President, and Founder, Biometric Signature ID (BSI). “There is a vibrant underground economy of over 1,000 websites that offer homework, exams and even online participation for a fee,” he adds. Additionally, thousands of fraud rings using straw students apply for and receive grant monies that costs billions of dollars in fraud and reduce the pool of aid for all students. The Department of education reacted to these trends by mandating new student ID verification regulations to put a process in place to verify the registered student is the same person who is accessing and completing the online course. Compliance was very poor. But now, after an audit from 8 schools revealed that $222M was given in aid to 42,000 online students, none of whom received an academic credit, new stricter rules on student ID verification have emerged. If colleges and universities don’t adopt stricter student ID verification technology beyond PINs and passwords as detailed in their Final Audit Report February 21st 2014 by the Office of Inspector General, continued access to Title IV funds, a major source of revenues for most schools, may be in jeopardy. However there is good news for schools who are worried about maintaining Title IV funds, BSI offers a compliance package for these new student ID verification regulations.

The company offers a biometric software only solution called BioSig- ID™ that requires NO additional hardware. BioSig-ID captures the way a user moves their finger or mouse on a drawing area that appears on a touch screen or monitor. The unique pattern of speed, direction, length, height, width and angle is captured creating a template that future logins are compared to. “Think of ‘etch a sketch’ but now we capture and store your unique writing pattern,” says Maynard.BioSig-ID distinguishes the user’s pattern from others and grants access to the gradable event or exam only after confirming the identity.
BioSig-ID, is integrated with all learning management systems and since it is cloud-based, access is universal, anytime and anywhere, without needing any extra hardware required by other biometrics.

After drawing only 4 characters, BioSig-ID software can determine if the registered student is the same student accessing the course material

BSI boasts over 3 million uses, 90 clients, and users in over 70 countries across various verticals, including Online Education, Healthcare, Financial, Enterprise and Ecommerce. One of the company’s clients, EduKan uses BioSig-ID to manage the online courses for a consortium of six colleges in Kansas. EduKan has replaced virtually all proctoring with BioSig- ID and reported saving money and significant time for faculty. As the organization’s courses also included other assessments such as discussion/ participation groups and quizzes, it needed a technology that could be used for all gradable events. “We were looking for a solution that would allow our students to authenticate their identity randomly throughout the duration of course,” says Mark Sarver, CEO, EduKan. “BSI’s technology met our needs andaligned with our mission of remaining affordable and accessible while maintaining student privacy,” he adds.

Riding on such success stories and survey results showing 98 percent positive user experiences, BSI is expecting large increase in use of its entire suite of biometric solutions that provide security for all web and mobile apps, ecommerce purchases and PC/ mobile device lock down security. 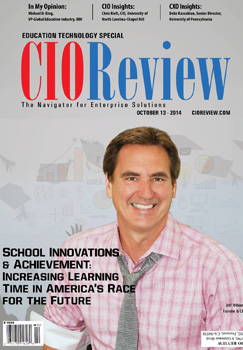