The Data Problem in Higher Education

The Data Problem in Higher Education 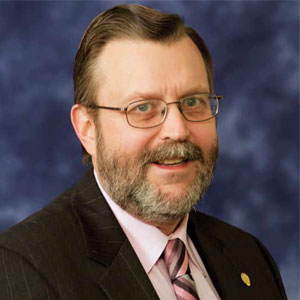 Matthew Mandich, VP at Info Tech Research Group, has some harsh truth for CIOs: You’re probably not as aligned with the business as you believe. His research finds that, while more than half of CIOs believe that IT is “well aligned” with the business’ needs, only one third of CEOs report that their IT organizations are aligned with the needs of business. Organizations have invested a lot in technology, but business leaders’ satisfaction with the IT is only so-so. Other surveys find a similar “perception gap”; for example, a 2013 Gartner survey found that half of the CEOs surveyed reported that IT had a problem executing, while only ten percent of CIOs agreed.

Higher education has several unique IT challenges, but in this issue of executive perception of the value of IT, it is squarely in the mainstream. A 2012 survey of higher education leaders conducted by Inside Higher Education found that less than half of college presidents report that their institutions’ investments in ERP systems have been effective. When it came to colleges’ chief academic officers–the ones responsible for teaching, learning, and student success–the number drops even further: only a third of the chief academic officers surveyed report that their institution’s investment in ERP systems has been effective. These results are backed up by other surveys, such as Kenneth C. Green’s Campus Computing Project: in 2018, less than a fifth (19 percent) of academic leaders surveyed rated their institutions’ investments in data analytics as “very effective.”

In 2015, two higher education organizations worked to determine reasons for this dissatisfaction with IT on the part of business and academic leaders. EDUCAUSE (the professional association of college and university IT leaders) and NACUBO (the National Association of College and University Business Officers) convened a working group on administrative systems and services. The working group found that the perceived value of ERP systems comes from the degree to which they improve operations, compliance, and decision making. But the operational improvements come to a large degree from redesigning business processes in ways enabled by ERP systems, not the systems themselves. Most colleges and universities had not invested enough in business process analysis; indeed, the working group found that during ERP implementations many institutions spent a great deal of money on making modifications that avoided changing business processes. At the same time, there was inadequate attention to the associated reporting environment, impeding institutions’ ability to gain insights into its data. To make the ERP system more valuable, the EDUCAUSE/NACUBO working group recommended redirecting institutional investments toward data analytics. The report states in part: “Traditionally, institutions have valued administrative IT for operational efficiency and effectiveness. However, analytics has changed the game, making administrative IT a strategic asset for improving mission performance.”

We are still in the early stages of this evolution of computing at Seton Hall, but we believe this puts us on the path toward a culture of data driven decision making

Higher education collects a lot of data about students. The ERP system maintains their academic history and financial records, but students interact with a wide array of other systems on campus, from course management systems, vending systems, access control systems, and the campus network. Our current systems make it very difficult to combine and analyze this data. This was summed up nicely in a recent post by Mark Roman, CIO at Simon Fraser University. “Data is threading its way throughout the fabric of the higher education IT blanket. Data issues affect almost everything we do. The failure to comprehensively address data issues is terrifying.” As the saying in IT goes, the winner is not the organization that collects the most data, it is the one that garners the most insights.

In higher education, issues around “student success”–an umbrella term for student learning, student retention, student graduation, and employment after graduation–have driven interest in data analytics. So how do we unlock the value of the data in our ERP systems and beyond? There are consultants who are able and willing to assist with data analysis. EAB and Microsoft, among others, have teams of business experts, data scientists, and technologists that can work with us to gain insights from our data. They both have case studies showing demonstrating the improvements in student success and operational excellence that are possible through strategic use of data and analytics. In higher education we further have what Jan-Martin Lowendahl, Research Vice President at Gartner calls the “educational technology ecosystem,” an interconnected network of vendors and consultants who can assist us with a wide variety of IT planning and implementation. In addition, higher education ERP vendors such as Ellucian are moving from data warehouses designed to simplify access to ERP data to data lakes that enable disparate data sources to be merged and analyzed.

Getting started on the journey to sophisticated use of data and analytics can seem daunting. At the 2018 meeting of the Pennsylvania Banner Users Group (a.k.a., PABUG; Banner is a widely used ERP systems in higher education), Daniel McGee, Director of Strategic Planning at Villanova University, and Alice Faraone, Assistant Director of Business Intelligence at Villanova University, led a discussion of CIOs on how institutions can move forward with data driven decision making. Investing in cross functional teams, such as Business Intelligence offices, was something many campuses were doing. Implementing data governance was identified as an important step. Finding the right strategic questions that could be answered by combining data from disparate sources was another way to garner executive support for a data analytics project. Most importantly, successful data analytics requires a change of culture. It requires executive leadership and change management. As Daniel McGee put it at PABUG, “Everyone is going to have to change, and everyone is going to have to learn.”

Data governance is critical as we explore the opportunities new data analytics technologies provide to gain insights into our students. In the traditional ERP environment, we were most concerned about maintaining a good data dictionary for our data users. As we bring disparate data sources into our analyses, we must also be mindful of privacy. Do students understand how we may combine data from various systems as we implement predictive analytics for student success? We need to better understand our data, and the ways it can be combined to shed new insights that improve operational efficiency and student success. This understanding is also crucial in the evolving regulatory landscape heralded by GDPR. As Mark Roman puts it, “Distributed decision-making around information technology has created data blocks throughout colleges and universities. Who has the right to make decisions and about which data?”

One thing that is helping Seton Hall University wrestle with these challenges is the understanding that the organizational structures that best supported traditional mainframe-based ERP systems are an impediment to getting actionable insights out of the data silos created by our current systems. We are launching a new Office of Business Intelligence which will be staffed in part by embedded technologists from IT who will work with the business leaders to develop insights out of our data. In this, Seton Hall is following a successful model where we created a cross functional marketing team, co-located in the University Library, staffed by both Marketing and IT. We are still in the early stages of this evolution of computing at Seton Hall, but we believe this puts us on the path toward a culture of data driven decision making. 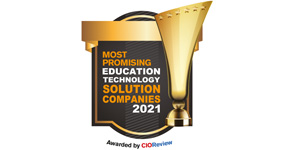 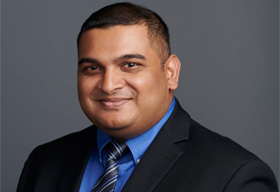 Great Expectations: Balancing the diverse needs of a city in a...

"Discovery and Delivery" - An Approach to IT Workload Balance

How has the pandemic changed the perspective of Ed-Tech Industry?