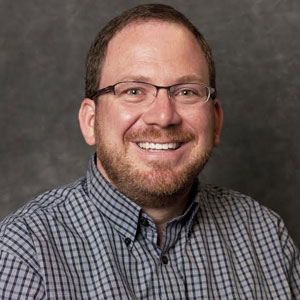 In recent years, digital technologies that allow instructors to livestream and/or record their lectures and make them accessible to students on demand have become vital to the effective delivery of lessons. The simple fact is that life has a way of intervening and students can benefit from the opportunity to attend classes remotely, or to see and hear lectures at a more conducive time. Oftentimes, higher-education institutions tout the use of these cutting-edge technologies, but only make them accessible to certain segments of the student population, or in certain classrooms or meeting spaces.

However, it’s been more than a decade since Rutgers University– Camden and Rutgers Law School began utilizing such media that are now available in every classroom and meeting space on campus–and we’ve managed to do it at a fraction of the cost of widespread, commercial systems.

So how did we get here?

At Rutgers, we have always believed that the time, energy, and money that students invest in their educations is invaluable. Consequently, when students have been forced to miss classes for legitimate reasons, we have realized the importance of bringing the classes to them.

The process sounds rather archaic today – and indeed it was–but we began by paying freelance videographers to sit in the back of classes with video cameras and record the lectures. But the work was tedious and time-consuming; the videos still had to be edited, processed, and sent to the students. As you can imagine, that didn’t always happen in a timely fashion; often students didn’t get the chance to view the content before the next class took place.

​Consequently, when students have been forced to miss classes for legitimate reasons, we have realized the importance of bringing the classes to them

So we set out to minimize the delay and improve the production quality, beginning with Rutgers Law School in 2006. With an initial budget of $10,000–an unheard of amount in today’s technological landscape–we hardwired cameras in every classroom. This setup naturally increased the production quality, offering a high-definition picture and superior audio; no longer was the microphone located in the back of the classroom, picking up every ambient keyboard stroke, paper shuffle, and cough.

We also custom-wrote the software– we called it CAMS (Completely Automated Media System)–which had the capability of recording the class, converting the video, uploading it online, and emailing students to notify them that it was available. In addition to the class time, which was usually about three hours long, it only took the system about two hours to process the video and send it to the student–a stark contrast to the week that it had taken in the past.

While it was a highly successful start, we knew that, in order for this technology to be most effective, it needed to be available in every classroom on the Rutgers University–Camden campus. Instructors needed to know that it was always there regardless of the location, eliminating the need to book special rooms with recording technology.

In 2012, when New Jersey voters approved the “Building Our Future Bond Act,” Rutgers–Camden used funds to add livestreaming and lecture-capture technology to every classroom and meeting space.

In time, we improved the software as well. With a couple clicks, faculty members can now visit a website, check off a couple boxes, and schedule recordings. The software is coordinated with the campus’s events and space management system, guaranteeing that classes will still be recorded even if the locations change. Faculty members can then post the recordings, and students can access them via the student resource management system. The technology is also available in all group study and meeting spaces, where students can simply press a button to record a session. Students are then sent an email with the recording.

As the campus continues to grow, we have expanded our capabilities. For instance, the new Nursing and Science Building, which is opening this fall in Camden’s growing health sciences corridor, is equipped with a series of simulation labs that have beds and exam tables. In each lab, there is a camera and button, so faculty members can record the simulations and share them with students later.

We have also added a pretty neat feature to the software. For the first time, instructors can “tag” – or leave comments–at specific points in the video. Along with the recording, students can click these tags and get targeted feedback.

In addition, we added the capability to provide feedback in real time as well. Consequently, in the labs, instructors observing simulations through one-way glass can leave real-time comments. When the students view the video later, they can see where these comments align with the recording.

With a core understanding of livestreaming and recording, there really is no limit to how these technologies can be adapted to provide any number of services on college campuses. For example, we can record and livestream athletic events. Students can even go on our website and check out the line at Starbucks in the student center before making the trip.

When we began, we spent a couple hours a week recording classes. Fast forwarding to the present day, we now record about 90 hours a day and expect that total to increase to about 150 hours per day with the opening of the Nursing and Science Building.

Over the past decade, we’ve given talks at other schools offering pointers on how others can duplicate our success. On more than one occasion, we have been approached by guests, who tell us about similar systems used on their campuses, but ones that cost exorbitant amounts and are only available in one or two rooms. We continue to show that, on the contrary, it is very possible to come up with an inexpensive model that can be rolled out across an entire campus.

And then students will never have to ask again, “So what did I miss?”

SD-WAN – What Are You Waiting For?

Build your own layer cake

Build your own layer cake

Voice Telecommunications Challenges and Lessons Learned during the...